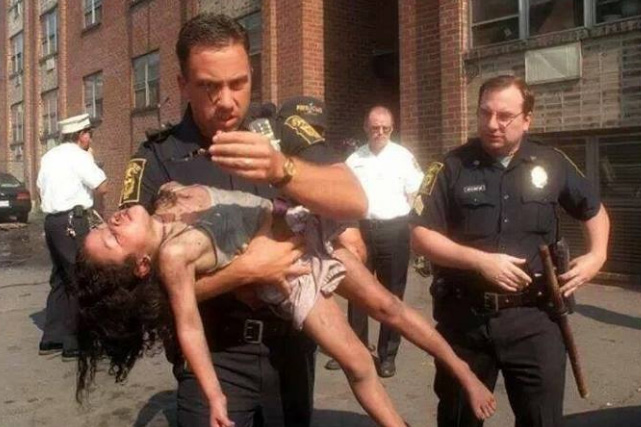 
Josi Aponte was 5 when the apartment building she and her uncle were living in erupted in flames while they were inside. Prepared for a rescue mission, Hartford firefighters entered the building, where they were met with heavy fire and black smoke, according to Getz, who retired as a detective.


“Josi wasn’t breathing and didn’t have a pulse when the firefighters pulled her out of the building,” said Getz, who was a patrolman at the time. “I took her from the firefighter and started CPR.”


Getz jumped in the back of his patrol car and gave his keys to a recruit. They drove to the hospital while Getz continued CPR on Aponte.


“She began breathing right when we pulled into the hospital,” he told CNN.


“I almost died, but I was given a second chance at life,” Aponte told the Hartford Courant. “And it was because of Peter and all the authorities, everyone who came to help that day.”


Getz said he kept the photo taken by the Courant on his desk. Getz’s two children were just a couple years older than Aponte at the time of the fire.


“I followed her progress for years in the school system,” he said. “Just to make sure she was doing well.”


Two years ago, Aponte met up with him to learn more about the fire and the events that occurred that day. 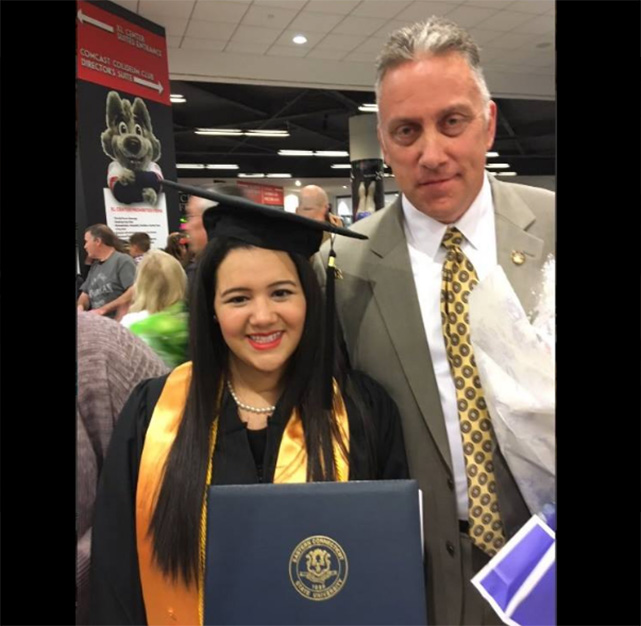 
“There are only a few moments that are so important in life,” Aponte told the Courant. “I wanted to share my graduation with everyone who’s important to me, who have been there for me, and who helped me through tough times.”


Hartford police shared the then-and-now images on Facebook on Wednesday, and congratulated Aponte.


“I am humbled and honored to be noticed for this,” said Getz. “But everyone, firefighters, dispatchers, hospital staff, did their part to save her.”


Getz continues to give back to the community of Hartford and is active with the local chapter of the Police Athletic League, which helps empower youth through leadership programs.

← Marnie Simpson: 'Jeremy McConnell chatted me up' Hungry Girl: Grill Up My Healthy Hot Wings For Memorial Day →
Celeb Like