Teacher Receives 3 A.M. Message From Former Student, Drives Her To Job Fair And Watches Her Baby

Teacher Receives 3 A.M. Message From Former Student, Drives Her To Job Fair And Watches Her Baby


A teacher in Chicago has gone above and beyond the call of duty, showing the world that a teacher’s job is never done. 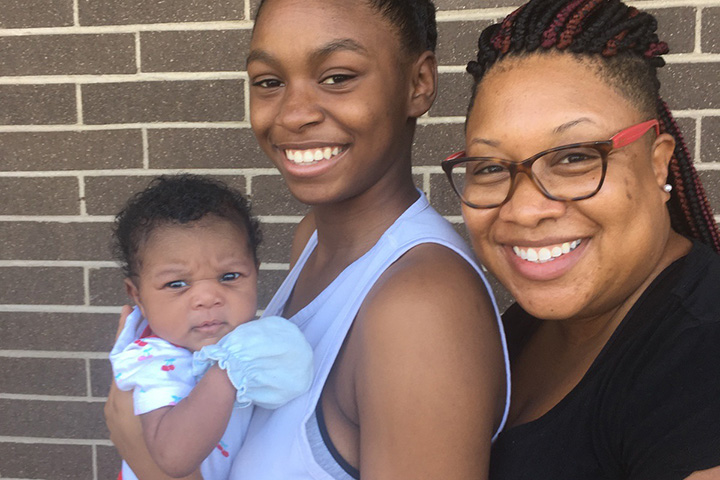 
LaShonda Carter always told her students she’d be there for them if they needed her, and she didn’t disappoint when one of them reached out, three years later.


“I’m holding a baby in my arms. This is not my baby,” Carter says in a video she posted on her Facebook page.


According to Carter’s video, a former student messaged her on Facebook around 3 a.m. and told her about some recent struggles. She said she really needed to get to a job fair but had no idea how to make that possible.


Carter immediately stepped in. She made arrangements for her own daughter, picked the former student up, and held the 18-year-old mother’s baby in the car while she applied for jobs.


After the job fair, Carter took the teen mom to apply for Women, Infants, and Children (WIC), a program that assists mothers in need with getting food and nutrition education.


“Sometimes, as a teacher, our job goes beyond the classroom,” Carter said in her video. “And so I’m reaching out because I need you all’s help; I need my village because this beautiful little baby needs something. I don’t think the mom needs money or anything like that, but this beautiful baby needs clothes.”


“I need the assistance of my village in order … for my student, for my previous student, to know that she can still be successful even though she’s a teenage mother,” Carter continued. “A teenage mother does not equal failure. So, I just begin to speak life into her and speak against the lies that the enemy is trying to flood her mind and to let her know that she can still be successful; there are people out there … who will love and help her, who have never even met or seen her.”


Carter set up a GoFundme page for Larresha and Baby Taliyah.


And Carter was right. Nearly $2,000 has been raised for Larresha by 85 people she’s never met.

← “Gatsbying” Is The Latest Way To Impress A Crush On Instagram Other Side of the Wind Trailer: Netflix Rescues Orson Welles' Final Movie →
Celeb Like