A police officer’s job is to protect and serve, but many go above and beyond the call of duty.


Yesterday, a boyin Cleveland, Ohio, had his Pokemon card collection stolen right out of his hands by another kid. Seeing how upset he was, a local police officer went home after his shift, gathered his own collection from when he was a kid, and brought it to the boy. 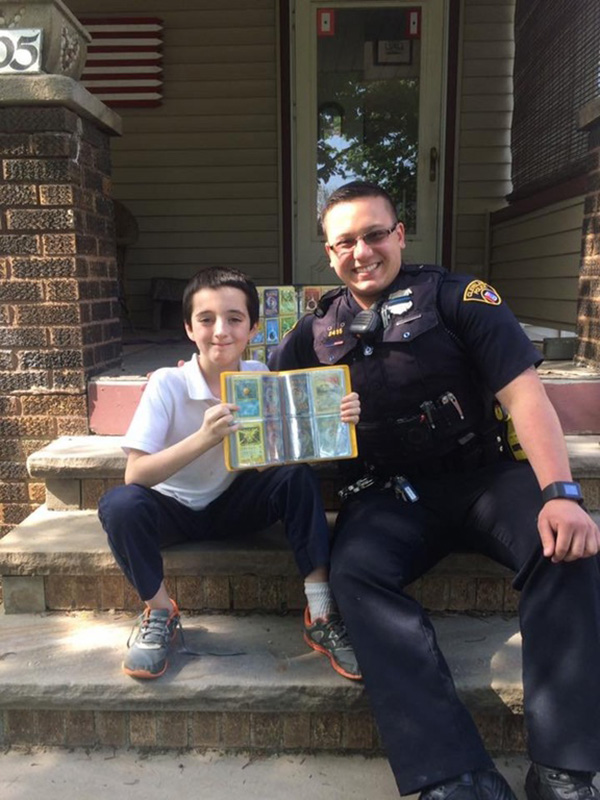 
“Yesterday my partner and I met this young man, named Bryce. His Pokemon cards were taken right out of his hands from another boy. We were able to retrieve most of his Pokemon cards and spoke with the other boy’s parents. Bryce was still upset because some of his cards were still missing. So last night after my shift I found some of my old Pokemon cards in the closet when I was a young boy and brought them to work. Bryce was ecstatic to see all of his new Pokemon cards and stated he loves the police. We spoke with Bryce’s family and stated they have two Uncles that are also Cleveland Police Officers in the 3rd and 5th District. Anything we can do to put a smile on a citizens face, is a job well done in our book.”