Vilma Wong was the primary nurse for a premature baby 28 years ago. Now, they’re working together. 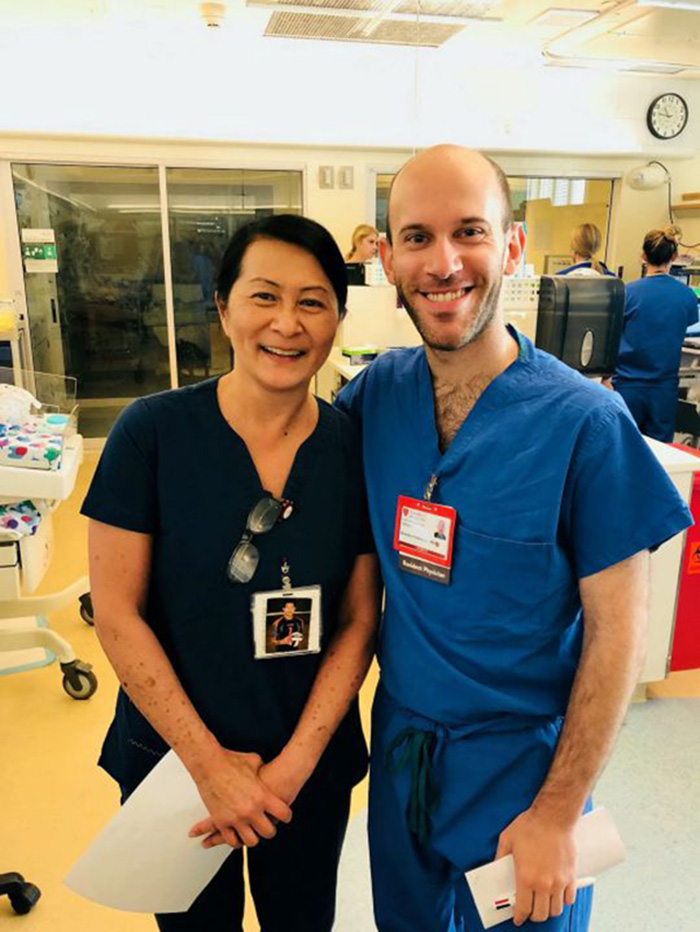 
Vilma has been working in the NICU at Lucile Packard Children’s Hospital in Palo Alto, California for 32 years. When new doctor Brandon Seminatore started working there, she had a feeling she knew him.


During a friendly conversation, Brandon revealed that they both worked at the hospital he was born in.


“I got very suspicious because I remember being the primary nurse to a baby with the same last name,” Vilma said. “I asked him if his dad was a police officer and there was a big silence and then he asked me if I was Vilma.”


“Apparently, his mother asked him to look for nurse Vilma in the NICU, but he told his mom that I had probably retired by now. I was in shock initially but overjoyed to know that I took care of him almost 30 years ago and now he’s as a pediatric resident to the same population he was part of when he was born.”


Brandon even had a picture of the two taken during his early days. 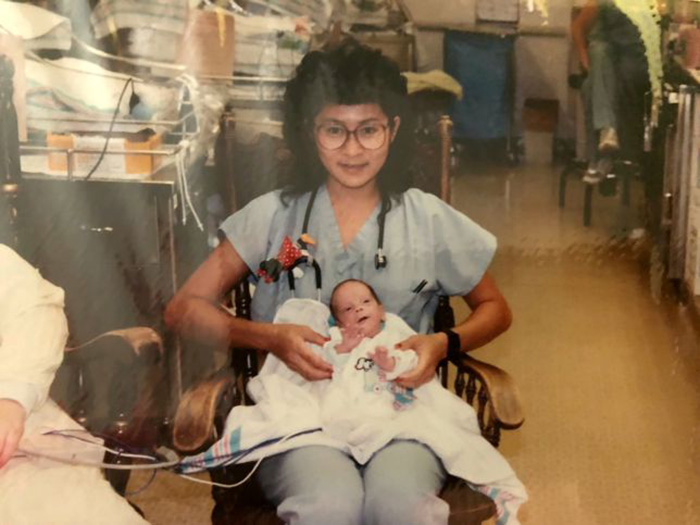 
Brandon, who was was delivered prematurely at 26 weeks, is specializing in child neurology.


“I’ve come full circle,” Brandon said, “and I’m taking care of babies with the nurse who took care of me.”