Back in October, a 5th-grader named Cody decided to start saving his money for something special. He did extra chores around the house, babysat, helped the neighbors with random jobs and set aside his Christmas and birthday money.


It took him six months but once he raised a little over $200, he went to his mom and told her he wanted to invite all the teachers he has had at Northern Hills Elementary school to a nice dinner to say ‘thank you’ for everything they have done for him before he heads off to middle school. 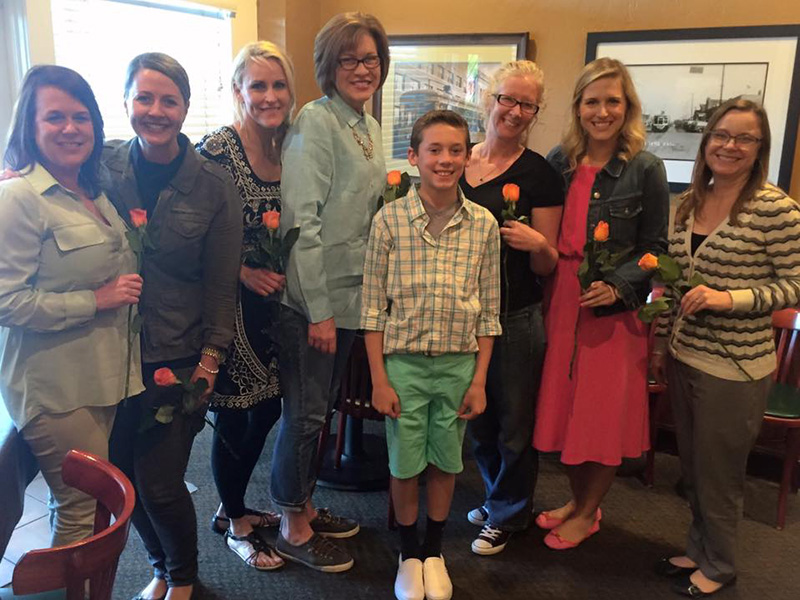 
He designed invitations, delivered them to all his teachers (some had moved beyond the teaching profession so he had to track them down) made the reservation at a nice restaurant, and bought each teacher flowers.


On the night of the dinner, he read a speech he had prepared thanking each teacher for all they have done and said he wanted to show each of them he could work hard for them like they all had worked hard for him. He then informed them he would be paying for the entire meal.


When asked why this was important to him he simply said, “I love my dad. He works so hard for his students and even misses most of our things so he can tutor kids who need extra help. I know my teachers work hard for me so I want to say thank you and show them I can work hard for them, too.”


That’s teacher appreciation at its finest. He’s only 11, but he gets it.