West Virginia UPS driver Sean McCarren says there’s no shortage of company in the four-legged friends they meet along their delivery routes. In fact, most drivers keep a box of dog treats on their truck at all times. 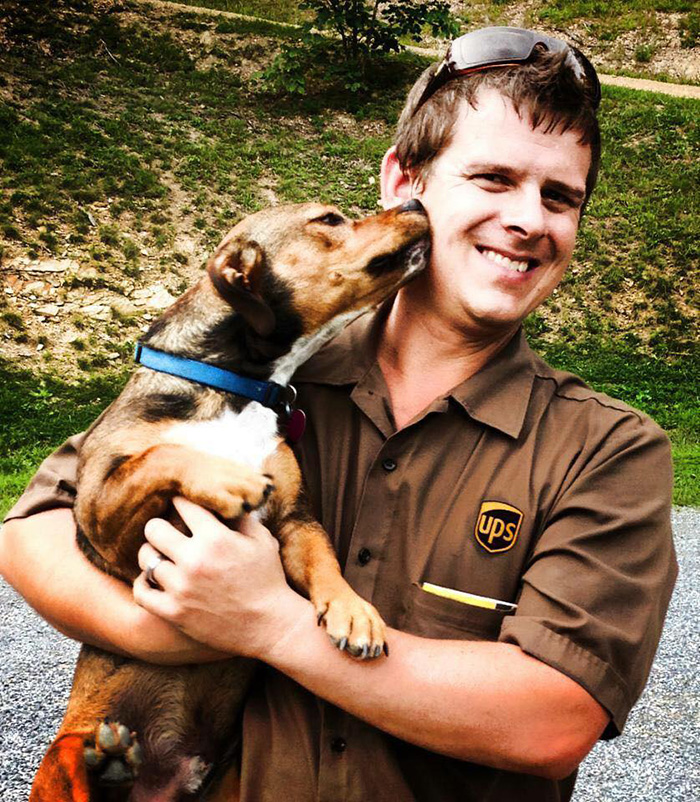 
“I know people who buy a couple of boxes a week,” McCarren told TODAY. “As soon as you deliver to a stop, especially in rural areas, (the dogs) start popping up in your truck.”


After noticing a pile-up of dog pictures on his phone, McCarren started a Facebook page called “UPS Dogs” to share his favorite part of the job with the rest of the world.


“They become a part of your family, kinda,” he said. “They’re expecting you.”


McCarren said he started locally, but the page took off and now UPS drivers from all over the world are submitting photos of the happy pups they meet along their routes.


Though dogs are the main focus, the page has also run posts featuring cats, donkeys, goats and pigs.


But dogs will always be McCarren’s first love.


McCarren says the page has had a positive impact on people’s lives.


“The appeal is that it’s all positive, not negative,” McCarren said.


“I’ve gotten what feels like a billion messages saying, ‘This is the best page ever!’ Not just, ‘Hey, can you post my dog,’ but outpours of, ‘Thank you, this is great’ … It’s cool to see how it just brought everybody together.”

← Meow! Use "Q-chan" app and Your Cat Will Love You More Than Ever The 2017 Maxim Halloween Party →
Do NOT follow this link or you will be banned from the site!