In the first episode of the new season of “Stranger Things”, Dustin (Gaten Matarazzo) can be seen sporting a purple dinosaur hoodie that features a logo from the Science Museum of Minnesota.


That hoodie was first available from the museum’s Explore Store in the early 80s, but employees began to think about selling it again as calls, emails and social media posts poured in asking about it, according to a news release by the museum. 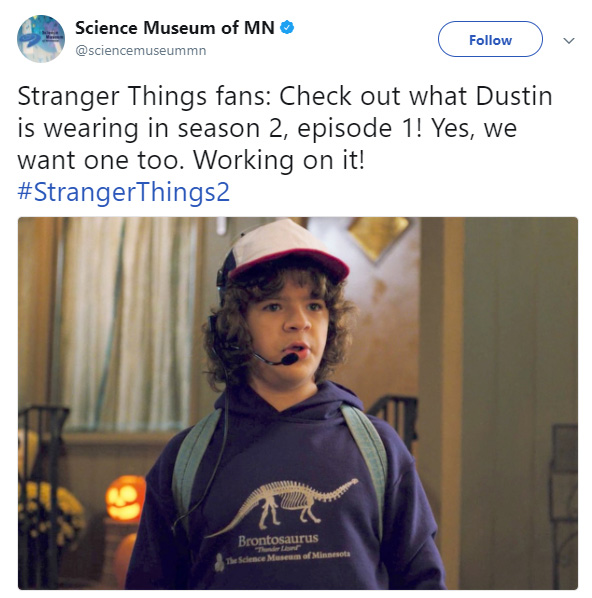 At 8 AM Tuesday, the museum began selling purple sweatshirts, crew necks and t-shirts with the same “Brontosaurus” and “thunder lizard” text and image of a dinosaur. Shortly after opening sales online, the museum’s website crashed. 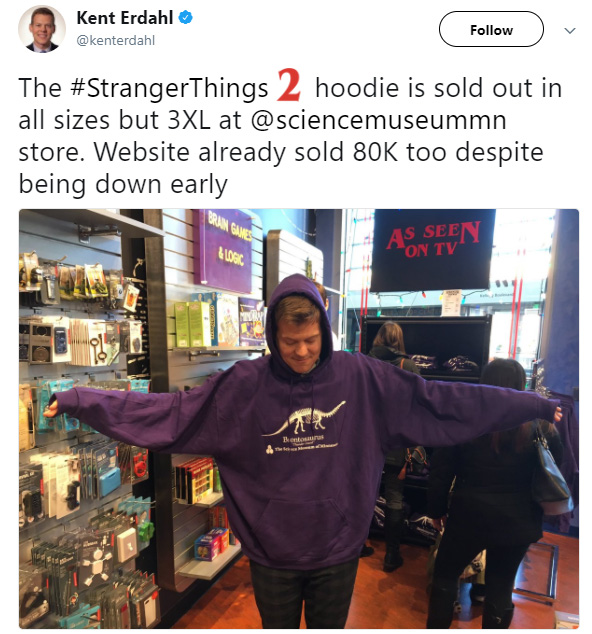 The good news is that the proceeds will go to science and education.


“For us, we’re just relishing this opportunity to be connected to the popular show, especially one that has characters that are interested in science,” says Kim Ramsden, the public relations director at the Science Museum of Minnesota. “As a non-profit, all of the proceeds will go back to our mission of science and education and inspiring other young kids like Dustin on the show and his friends to have an interest in science.”

← Deadpool Creator Pens Open Letter in Response to Disney & Fox Talks Smallville’s Allison Mack Is Second In Command Of A Sex Slave Cult →
Do NOT follow this link or you will be banned from the site!