Retired Footballer Donates Â£500,000 Worth Of Toys To Underprivileged Kids This Christmas

Retired Footballer Donates £500,000 Worth Of Toys To Underprivileged Kids This Christmas 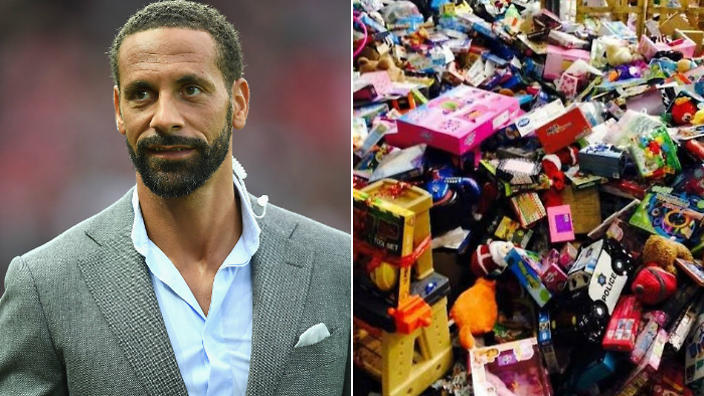 
Ferdinand, a father of three, announced his donation live on Key103.


“As a father myself I couldn’t see children going without opening a present this Christmas Day.”


The donation was made last week – with a huge pile of children’s toys making their way to the Mission Christmas warehouse in Manchester, where they will now be distributed to children in need.


And in a further gesture of seasonal goodwill, Ferdinand​ has also donated 11,500 sleeping bags to the city’s homeless community too.


“There are people that are less fortunate than we are so we want to try and help them,” he said.


Ferdinand is one of the most decorated English footballers of all time having won the Premier League six times with Manchester United, winning three League cups and lifting the Champions League trophy in 2008 as captain of United.

← Margaret Cho & Tilda Swinton Fought Over Doctor Strange Casting Guardians of the Galaxy 2 Life-Sized Baby Groot Toy Unveiled →
Do NOT follow this link or you will be banned from the site!