A lawyer recently helped overturn an innocent man’s conviction — in the same state that, years ago, had sentenced him to prison for a crime he did not commit.


Jarrett Adams was wrongfully convicted of sexual assault at age 17 and sentenced to 28 years in a maximum security prison.


Inside prison, Adams met a cellmate who worked for the prison law library and encouraged him to try to get his conviction overturned.


“It’s only going to take a second before you have tattoos on your face and have given up and completely don’t care at all. You need to go down swinging,” he told Adams.


Adams took his advice and started reading law books. Then he got in touch with attorney Keith Findley with the Wisconsin Innocence Project, a state chapter of the nonprofit devoted to justice for wrongfully convicted people.


Adams’ sentence was eventually overturned and the charges dropped, for the exact reason that he had found in the prison law library books: ineffective assistance of counsel.


A month after he was set free in 2007, Adams enrolled in community college, went on to earn his Bachelor’s degree and attended law school, passing the bar in 2015. 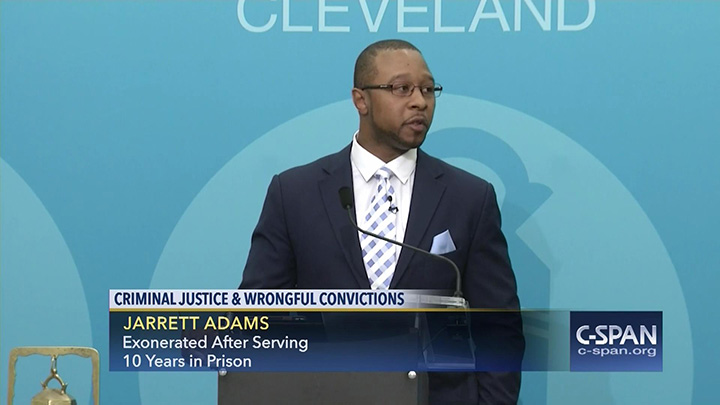 Recently, Adams found himself back in a Wisconsin courtroom, this time working side-by-side with his former attorney Findley, to free another man they believed was wrongfully convicted.


Richard Beranek was convicted of rape in 1990, although he had alibi witnesses that put him in another state at the time of the rape.


In June, a judge overturned Beranek’s conviction. He is now a free man thanks to Adams’ tireless work.


“Nothing pays me back more, or my family, than me walking in the same court, in the same state, where they didn’t even look at me when they gave me 28 years,” Adams said. “But now they have to acknowledge me as ‘Attorney Adams.'”