A German Shepherd was beaten and shot four times while protecting his 16-year-old owner from two burglars who broke into their home in Des Moines, Washington. 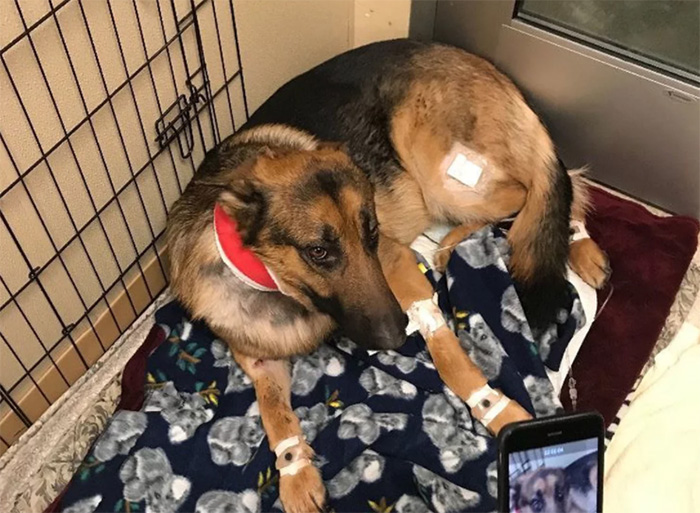 
Rex was shot while trying to protect his owner, Javier, who hid in an upstairs closet after he heard noises and glass shattering downstairs.


“My nephew hid in the bedroom closet as he frightened, held as hard as he could to his barking dog,” Susy Cadena wrote on Rex’s GoFundMe page. “Rex’s instinct to protect his home and his best friend, took him downstairs and he attacked the burglars. Both of the burglars struggled and beat him up with whatever they could. Rex stormed back to the upstairs floor all beat up and bloody from the beating to check on his master who was still hiding in the closet. Soon, the burglars proceeded to the upstairs floor and trashed all the bedrooms. As they entered the room where my nephew was hiding in the closet, Rex came out with the little strength he had left in him and threw himself at them as he knew my nephew was in danger. Sadly they shot Rex 4 times and finally Rex, the héroe dog gave up in his battle. It was the sirens who scared them away. My nephew was protected by his eternal friend until the last bit of strength he had in him to do what his unconditional, loving instinct told him to.” 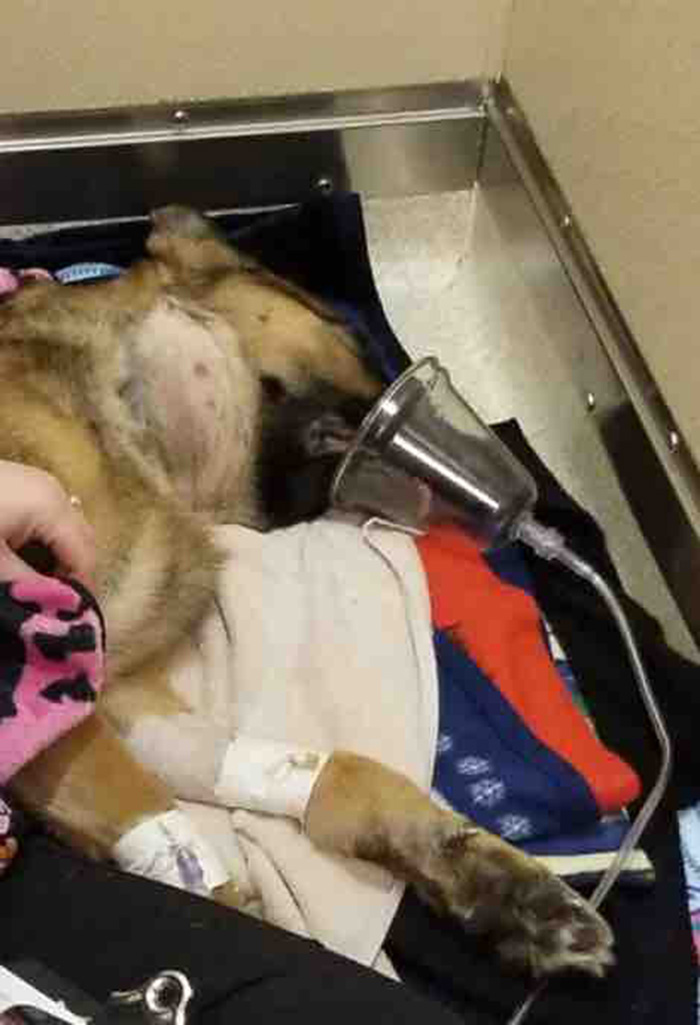 
Police got Javier safely out of the house, but they did not locate the suspects.


Rex is currently being treated at BluePearl Veterinary Partners in Renton, Washington. 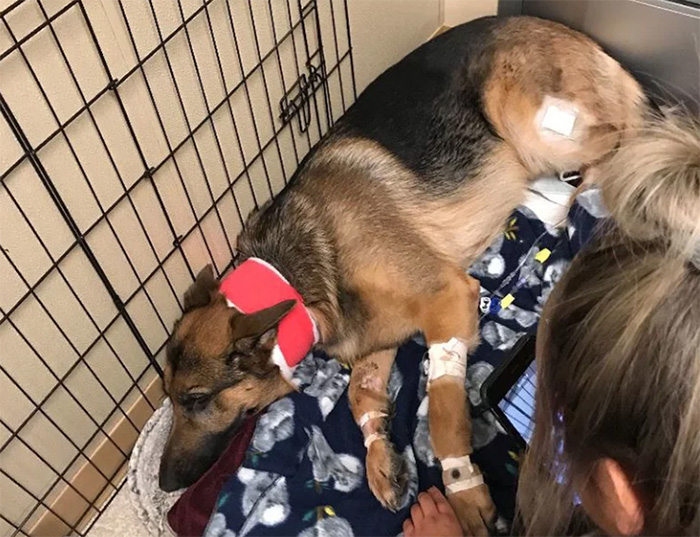 
“Rex’s life depends on a surgery he will need to survive,” Cadena wrote. “My cousin has already paid a big sum of money as Rex needed a lot of scans and X-rays and other urgent medicine work up to stabilize him. Every dollar helps. Please, our family can not let Rex the hero dog go without us fighting as hard as he did, to his very last bit of a strength while protecting my nephew.”

← Zack Snyder Likes Joss Whedon's Batgirl Exit on Social Media Man Risks His Life To Rescue Two Missing Dogs Who Were Trapped On A Mountain →
Do NOT follow this link or you will be banned from the site!