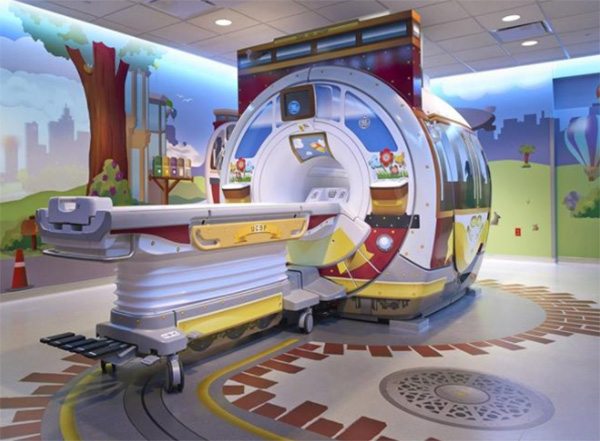 
GE Healthcare industrial designers Erik Kemper and Doug Dietz helped develop the idea of transforming the often-frightening process of MRI and CT scans into an adventure for children.


The sight of a terrified little girl about to have an MRI scan gave Dietz a different perspective on his work.


“I had just finished designing a big MR scanner,” Dietz, the creator of the MR Adventure Discovery Series explained during a TED talk.


“A young patient was coming into the MR room to be scanned. I see this young family coming down the hallway and I can tell as they get closer that the little girl is weeping. As they get even closer to me, I notice the father leans down and just goes ‘remember we talked about this, you can be brave.’


As they walked into the MR suite, Dietz had the chance to see the room through the girl’s eyes for the first time.


“Everything was kind of like, beige” he said, describing what he calls ‘crime scene’ stickers (which tell patients where to go), and the exclamation mark warning sign on the door. “The room itself is kind of dark and has those flickering fluorescent lights” and adds “that machine that I had designed basically looked like a brick with a hole in it.”


Dietz explained that MRIs made a terrible noise, and the little girl started to cry.


“The parents are looking at each other and they don’t have to say a word, because they don’t know how they’re going to get their child through this,” he explained. Understanding that the environment where the scanning was done simply didn’t work for younger children was a wakeup call. It was also a new challenge.


The idea that eventually emerged from a mix of brainstorming and research was to transform a frightening medical test into a voyage on a spaceship, a visit to a pirate island and other adventures.


“Children would cling to their mom’s leg and start crying, and you would have to pry them off,” said Kathleen Kapsin, radiology director of Children’s Hospital of Pittsburgh. “Now they walk in and they are excited.” 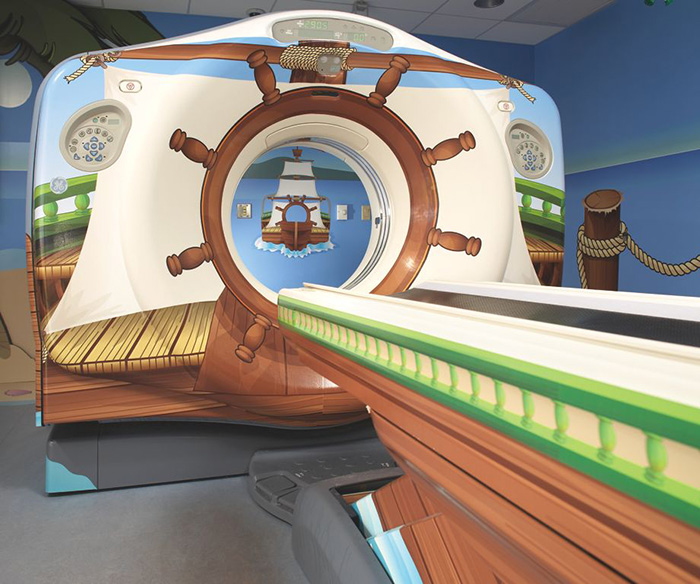 
New opportunities for innovation open up when you start the creative problem-solving process with empathy toward your target audience. While competitors focused on the never-ending battle surrounding technical specifications (like scanning speed, resolution, etc.), Dietz found a whole new way to improve the lives of patients and their families.

← Here’s The ‘Justice League’ Photocall, But It’s Mostly Just Gal Gadot Ryan Reynolds Just Posted the Rudest Instagram About Blake Lively's New Hair →
Do NOT follow this link or you will be banned from the site!