Former Slave Escaped To US, Competed In The Olympics Twice, Joins Air Force To Give Back

Former Slave Escaped To US, Competed In The Olympics Twice, Joins Air Force To Give Back


Guor Maker has lived an extraordinary life. After enduring countless hardships, which includes escaping slavery twice, Maker went on to earn a college education, competed in the Olympics twice, and has now joined the United States Air Force to give back. 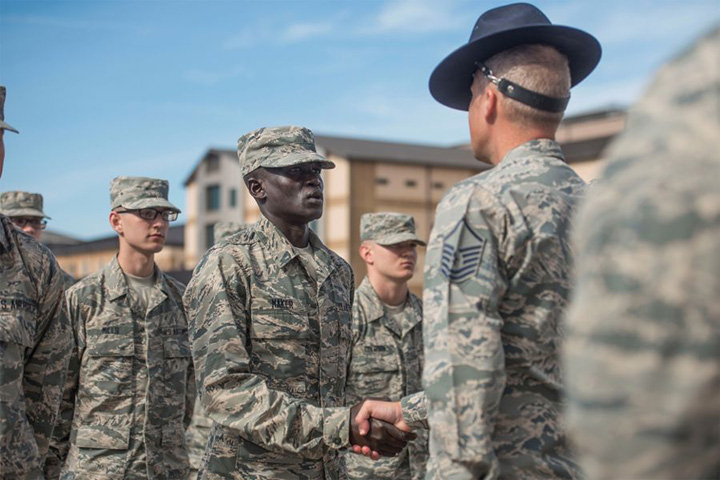 
A refugee from South Sudan, Maker was captured and enslaved twice during his early childhood years.


“When I was captured, I was forced to be a slave laborer,” said Maker. “I would wash dishes or do anything else needed to get by. I slept in a small cell and rarely got to eat…but not always.”


Maker successfully escaped from enslavement both times. He eventually made it to the United States.


“I was very excited to come to the U.S.,” said Maker. “Looking back at everything my family and I endured, it is a miracle that we made it out of there.”


Once in the U.S., Maker promised himself that he would give his future children a better childhood than he had. “And the only way to do that was through education and determination,” he said.


While learning English was a crucial step on his personal journey, Maker’s high school career really took off when one of his teachers introduced him to competitive running. 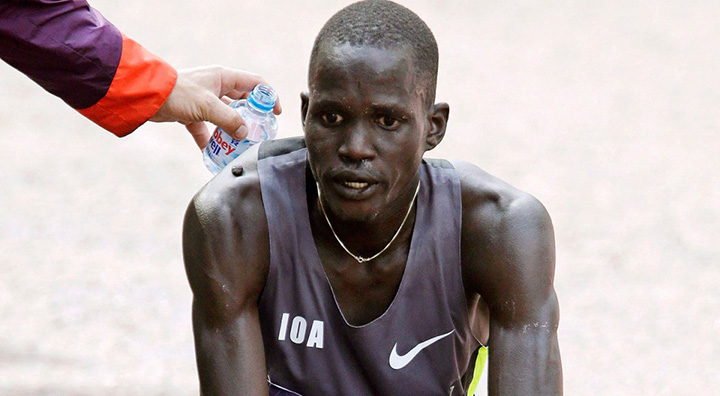 
At 33, Maker is now a dental assistant currently in technical training, according to an Air Force press release.


“All of the things I’ve accomplished have derived from the opportunities the U.S. has afforded me,” Maker said, according to the release. “When I first came to America, I didn’t have hardly anything, but with the support and opportunity this country has given me, I’ve been able to completely change my life.”


Maker hopes to join the Air Force World Class Athlete Program and eventually make the 2020 Olympics where he’ll have the opportunity to represent his new home and the country that gave him so much, the release said.


“Joining the greatest Air Force in the world has been an absolute miracle,” said Maker. “I can’t wait to see what this next chapter holds for me.”

← Jennifer Lawrence Never Went To High School Josh Duhamel Is Banging Eiza Gonzalez →
Do NOT follow this link or you will be banned from the site!