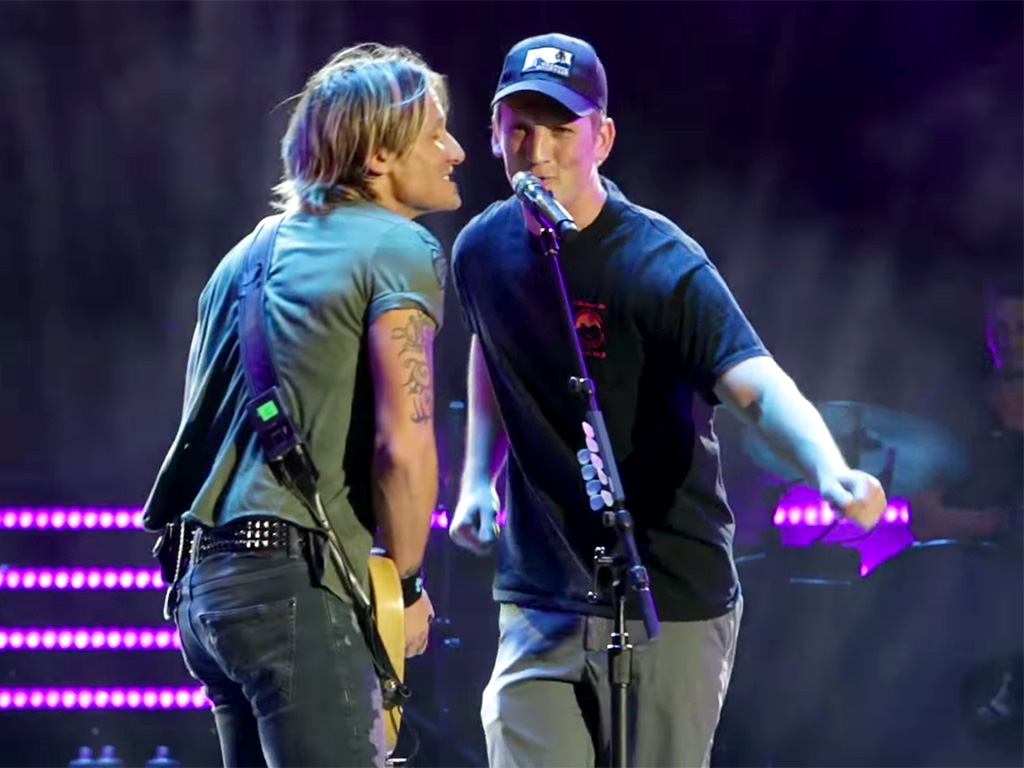 Miles Teller played a prodigy drummer in Whiplash, but he has some real-life musical talent, too!

The actor joined Keith Urban onstage during his concert in Albuquerque, New Mexico, on Saturday night to perform a duet of The Temptations’ 1965 hit, “My Girl.”

The country star and actor seemed to be having a blast together, altering the verses to suit the occasion. In a video posted to Urban’s Instagram and Twitter accounts, Teller sang, “What can make me feel this way? Keith Urban!”

“Albuquerque!!! We had an AWESOME night tonight. Huge shout out to Miles Teller for getting up on stage and singing tonight! It was very cool!!! – KU #ripCORDWorldTour #MilesTeller,” Urban wrote in a post.

Teller also thanked Urban for his “encouragement” to be a part of the show.

“Thanks @KeithUrban for the sublte encouragement haha,” Teller wrote in a tweet Saturday night, shortly after retweeting Urban’s post.

But this seemingly spontaneous cameo might have been in the works for a while. Last week, Teller’s model girlfriend Keleigh Sperry posted an Instagram video of her beau serenading her while playing the guitar and singing “My Girl.”

“When your boyfriend plays and sings you my girl,” Sperry wrote in the caption.

Aside from his budding singing career, Teller has several upcoming films that are set for release. Bleed for This and War Dogs come out later this year. And it is unclear whether he will join on for the third installment of the Divergent franchise. Ascendent is expected to be released as a TV movie in 2017, according to Entertainment Weekly.