A New Jersey woman is keeping her late husband’s act of kindness alive and the goodwill is catching on and spreading to other cities. 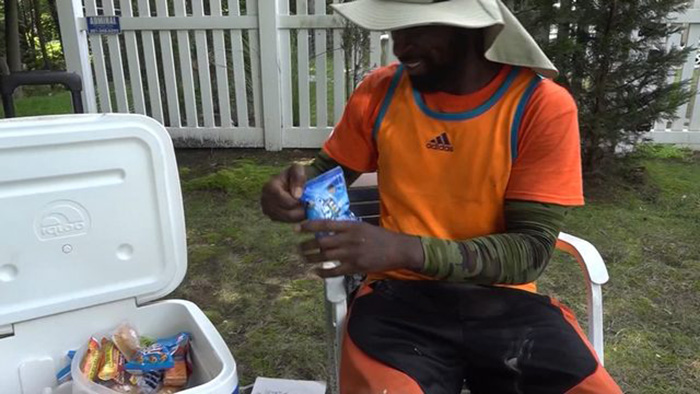 
Every summer, Charlie Poveromo left a cooler full of water bottles and snacks outside for sanitation workers, mailmen, landscapers, and other laborers. In March, Charlie died suddenly of a heart attack.


To honor her husband, his wife of 37 years, Velvet, is keeping the summer tradition alive.


“Maybe 5+ years ago, we were suffering thru a brutal summer heat wave and Charlie saw our garbage truck pull up and the men were pale and sweating profusely,” Velvet wrote on Facebook.


“He came running into the kitchen, grabbed a bunch of plastic cups and our big jug of water and made sure everyone got as much as they wanted. That very afternoon, he ran to the store, bought several cases of bottled water and bags of ice and the next morning at 6:30 am, after working all night and only getting a few hours of sleep, he loaded them into one of our coolers and waited for the truck to roll up. I watched as he went up to the truck and explained that, from now on, the cooler would contain cold drinks for them all summer long. As word spread, we’d often see not only our sanitation engineers, but DPW employees, police officers, firemen, construction workers and the like stop by for a breather, some shade under our tree and a nice cold bottle of water. Last year, he expanded his ‘menu’ to include Gatorade and orange juice.” 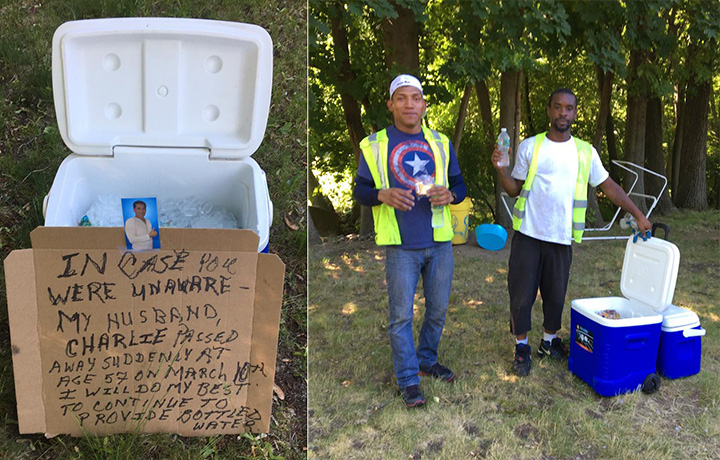 
Since posting her story on Facebook, Velvet has been flooded with messages and photos of people putting out their own “Charlie’s Coolers” – from Florida to California. 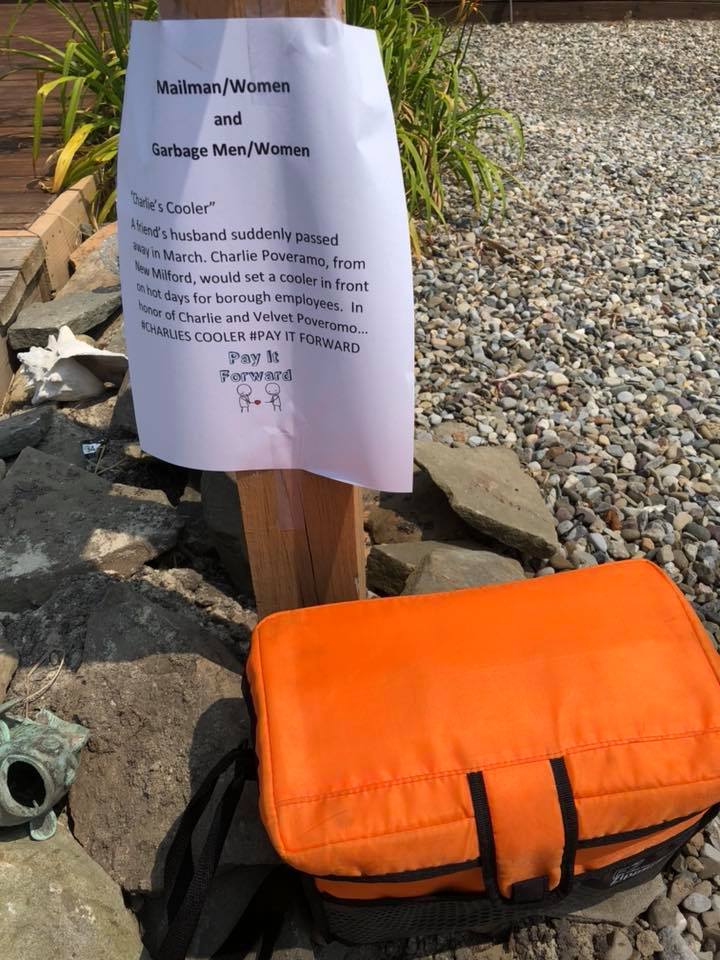 
“It just keeps growing. It started out with this. A cooler on a lawn,” said Velvet.

← How To Make Your Instagram Captions Super Cheesy Beyond the Sky Trailer Uncovers the Truth Behind UFOs and Alien Abductions →
Do NOT follow this link or you will be banned from the site!