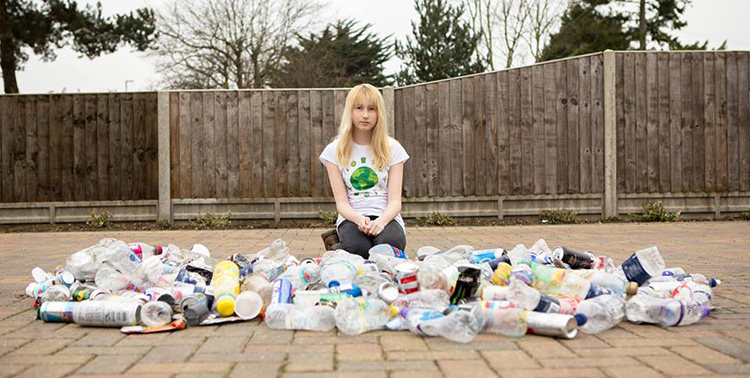 
A student at Hellesdon High School in Norwich, England, has been dubbed “Trash Girl” by bullies for her environmentally-friendly ways but that has not stopped her from cleaning up the environment.


Using the basket on her bicycle, 12-year-old Nadia Sparkes has been picking up trash along her two-mile route to and from school since September of last year, the Eastern Daily Press reports.


Despite her good intentions, some of the kids at Nadia’s school have nicknamed her “Trash Girl” and have bullied her for her selfless efforts to help the planet.


But instead of letting them bring her down, she’s using their negativity as motivation.


“I’m not going to stop doing the right thing because of them, and if they are going to call me trash girl, they can say it with respect,” she said. “I’m doing something to protect the world they also live in. It’s everyone’s job. We are all responsible for keeping this world safe, instead of believing that it’s always someone else’s job.” 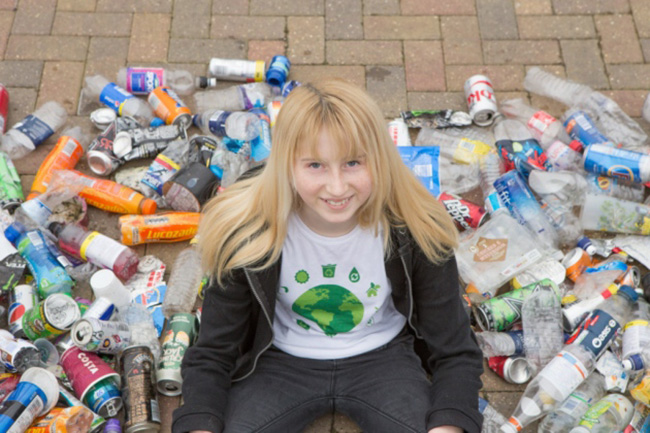 
Nadia’s mom, Paula, said she is “extremely proud” of Nadia for not only standing up to her bullies, but also for standing up for what she believes in.


“I told her she had two choices, she could either stop collecting rubbish, stop drawing their attention and hopefully they would leave her alone. Or she could own “trash girl,” Paula Sparkes, Nadia’s mom, said about the bullies.


As a result of the local media attention Nadia has received, she has created a Facebook group named “Team Trash Girl” where she shares updates on her green efforts.


Positive comments have poured in, all in support of Nadia, advocating for her to ignore the naysayers.


“YOU sweetheart are a star that shines really bright above the rest. Hold your head high and never ever let anyone dull your uniqueness. You are doing something selfless and amazing. Shame on those that feel the need to belittle those people who choose to make a difference,” wrote Lisa Brewster.

← Vintage Sewing Machine to Computerized Embroidery Machine Kate Middleton Was Inked With a Henna Tattoo at Her Recent Royal Visit →
Do NOT follow this link or you will be banned from the site!